Walkabout International Cape Cod (WICC) has taken its seasonal break as of mid-October after a busy spring, summer and fall season.

Our Cape Cod affiliate is a one-person operation, headed by Dan Haslam, who resides on the Cape from April through October each year. This year, as in the past, WICC partnered with other organizations for its walks. The Barnstable Land Trust, which is a land conservation organization, provided most of the walking opportunities, which included narrated, historical walks through several Cape Cod villages including Centerville, Osterville, Hyannis, Barnstable and Marstons Mills. Haslam led walks in the villages and also in two conservation areas, including a former cranberry bog and a farm and lake that have been preserved by the Land Trust. For the nature walks, Haslam teamed up with the Mass Audubon Society, which provided a naturalist to interpret the flora and fauna on each tour, while Haslam provided the historical perspective. Dan was named by the Barnstable Land Trust as its official historian this year, replacing Dr. James Gould, 93, who has retired.

In addition to the BLT walks, a van day trip to the ‘cottages’ of Newport, RI was conducted in September. Six people from Hyannis Federated Church (another walk partner) traveled to this elegant seaside community for a tour of the Breakers, the Vanderbilt mansion, and a driving tour of other homes in the area. The group also enjoyed a lunch at the Newport Creamery, famous for ice cream, and a visit to a topiary garden also owned by the historical foundation in Newport. The group also walked to the harbor and other historic areas including churches in Newport. Profits from the trip were shared between Walkabout International and Hyannis Federated Church.

In October, WICC led a walking tour of the streets of Hyannis, the largest village on the Cape, as the town existed in 1917. This walk was conducted in partnership with Hyannis Federated Church, which coincidentally celebrates its 100th anniversary in 2017. Haslam gave a PowerPoint presentation from old photos of Hyannis’ Main Street as it existed in 1917, and then walk-toured groups to the buildings as they are today. This lecture was also given at the Hyannis Public Library, with a separate walk of western Main Street and the same photo presentation.

WICC also remained in touch with Hosteling International in Hyannis, although no official walks were conducted with the hostel. This relationship will remain ongoing and future walks on demand will be offered.

Month at a Glance Calendar 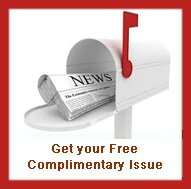 It keeps you fit

* Used in lieu of:
Walk at your own pace

Join us on Walkabout’s